Entrancing, gorgeous, inspiring, full of powerful energy, lighting souls with the flame of her genius…

This person is the heart of Mayuri, without whom the existence of the ensemble, its foundation and progress would have been impossible.

Let us introduce Ms. Vera Evgrafova, the creator of the Indian Dance Group MAYURI, its permanent leader and inspirator.  25 years ago she founded a dance studio which later grew in what we now proudly call “Mayuri”. But everything started much earlier than 25 years ago…

“When I was a child, Indian cinema was highly popular with Soviet audiences. Once, when I was about 3 years old, my parents took me along to the cinema theatre for a dubbed Hindi movie, and it turned out to be one of the strongest impressions of my childhood years. I do not remember anything except the feeling of happiness on hearing a high-pitched piping voice of an Indian singer. Since that time I have realized myself as a person who needs Indian music for being happy, and Indian Cinematograph has become the object of my focused attention”, – says Vera Evgrafova, Leader of Indian Dance Group MAYURI

That was her very first acquaintance with the wonderful world of Indian culture.

Later a Hindi movie “Geet gaaya pattharon ne” released in the Soviet cinema theaters. Somebody would say – it’s just a movie! But it proved to be life-changing.

Reminiscences of Vera Evgrafova: “The movie “Geet Gaaya Pattharon Ne”, which released in the USSR in the middle of 60’s, opened the world of Indian Dance to me. Its impressive direction, artistic shooting of samples of Indian architecture, fabulous music, beauty of the main characters and dance items performed by the leading actress (Rajashri Shantaram) – all this inspired me to dance in the blink of an eye. I could feel the dawn of tremendous energy inside; it has kept me going till now. This energy makes me dance and create more and more new dance items”.

On return from the cinema, 10-year-old Vera just turned on the music and started dancing. In fact, that day was the beginning of the long journey which led to creation of MAYURI. In those times she would buy gramophone records of Indian songs wherever they were available and would listen to music continuously. She would travel regularly to different cities of the USSR to buy some new records for her own collection, displayed at the trade fairs of Indian art and craft. At the age of 15 she decided that she was ready enough to perform in front of the audience, so took part in a dance contest held in Petrozavodsk. She won the first prize. After graduating from school she headed to Moscow where she enrolled to the historical and archival department of Moscow State Historical and Archival Institute (now Russian State University for the Humanities), but studies were not the only reason for leaving. A lot of world festivals were held in the capital of the USSR, besides, it was much easier to find someone who could teach her Indian Dance there. And she got the opportunity – under the guidance of Mrs. Das Gupta Vera learned the basics of 2 Indian classical dance styles – Kathak and Bharatnatyam. 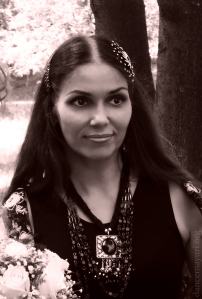 After graduating from institute she returned to Petrozavodsk, got married, gave birth to a son. Vera had worked in the archive for a year, but she realized soon that it was not destined to be her life-work. She started thinking of creating a dance studio which would give her an opportunity to share her knowledge, dance experience and love for art with people. She was allowed to organize such a group at the Cultural Centre of Railworker and in 1987, where she enrolled students to her first group.

A genius person is brilliant in everything. The leader of MAYURI is blessed with various talents: she dances, writes poetry, composes music, sings, draws, manages stage plays, works on design for the costumes, cooks deliciously. She is an aesthete, who appreciates Beauty keenly and aspires to perfection in every field of her activities. 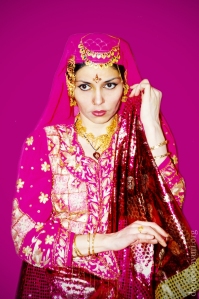 Every dance item of Vera Evgrafova is a whole life in itself, a separate story with its own characters, feelings and development. Mayuri’s repertoire consists of more than 200 items and all of them are the embodiment of creative energy of their creator and her unique perception of music.

Vera Evgrafova: “For me Dance is a form of existence, which allows me to stay in a particular state of mind. It is something which does not lead me out of this state and even makes it deeper. Indian culture is the reflection of some other worlds, and whatever I do in this life, I do for keeping my mind there in that state, despite my residing in this material world. Be it dances, music, or philosophy – the main thing is that the perception of the objects always haы the same perspective”.

Over the past 25 years Vera Evgrafova has created the ensemble consisting of the like-minded people, which has been highly acclaimed not only in Russia but abroad as well. Now the main team of the group comprises about 60 members. 400+ children are enrolled in the dance studios, based at different schools and kindergartens of Petrozavodsk and led by the disciples of Vera Evgrafova, the members of the touring team. The atmosphere of the ensemble, charged with the energy of this amazing woman, has its own hue. And those who had a chance to plunge into MAYURI’s atmosphere even once, will always cherish the memories of that period of their lives. 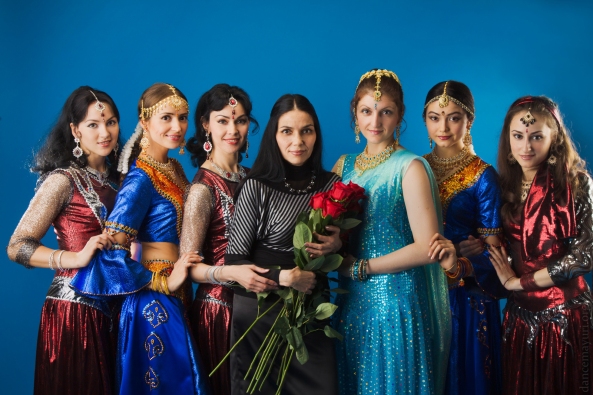 Leader of the ensemble says: “MAYURI is, first of all, a creative community, (or rather a family) where my disciples are my friends and like-minded people who are able to understand what I mean instantly, at one glance, at one gesture. They help to embody my ideas into stage images. MAYURI means our gatherings, laughing our heads off, working up a sweat, sewing till the pain in our backs. Mayuri is also our trips to India, where we imbibe what we see, learn a lot, go for pilgrimage, absorbing the energy of the holy places… We then tell stories, discuss, sing, and dance again, and once again together…”

This is what her students say about their favorite teacher: 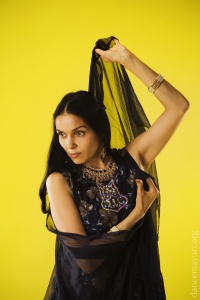 – “She taught us to do everything beautifully: not only to dance, but also to walk, sit and even sew, keeping a needle gracefully!”
– “This is a fire which warms our hearts. This is that very energy which turns over consciousness!!!”
– “The One who has many faces, Generator of ideas!”
– “The embodiment of Energy”
– “Perpetuum mobile, eternal engine in all the directions”
– “Whirlwind! The spring of ideas! Embodied grace”
– “Dancing music”
– “The one, who instigates, making you experience the most various emotions and thus stimulating you for the progress in the fields of creativity and your personal development. The Master, who brightened up my life by letting me become her disciple!..”
– “The One, who helps people to see more than they were used to seeing…”
– “The best Syrnik cooker! :)”